For the second year, people across Central Pa. may find themselves seeing pink where they least expect it during October. In support of Breast Cancer Awareness Month, more than a dozen men will showcase their penchant for pink while
fundraising for the American Cancer Society’s nationally recognized Real Men Wear Pink campaign. In 2016, $30,000 went toward the mission to eradicate cancer.

Who are these Harrisburg guys wearing everything from light pink socks to hot pink tutus? Check out some insider facts about each of them below. Then, head to our local chapter’s site to donate online to your favorite. One lucky guy will be named the 2017 Campaign Winner at the end of October. 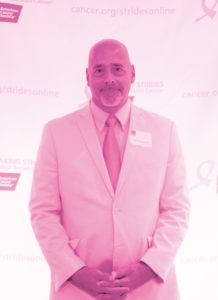 Last year, Steve received high accolades for raising the most money during the first Harrisburg Real Men Wear Pink. This year, he’s standing on the sidelines and cheering as others try their hand at the fun!

Valerie Pritchett has been Dennis’ co-anchor for years, and she’s constantly blown away by his work ethic and compassion. What viewers might not know about him is that his vocals aren’t limited to sharing news items: He’s also a Sinatra fan and loves to croon during commercial breaks. His wife, Amanda, and President John F. Kennedy have been the biggest influencers in his life. Philly sports? He loves watching his teams play! 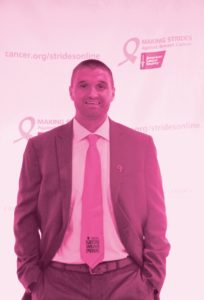 Robert has been affected by breast cancer in a myriad of ways, seeing firsthand how devastating it can be. Kelly, his wife, knows how often he goes above and beyond for family, friends, colleagues, and patients. She also carries a special secret that she’s willing to share with readers: Robert once played piano at Carnegie Hall. In addition to playing music, Robert loves to run and can’t stop listening to Chris Stapleton’s “Tennessee Whiskey.” 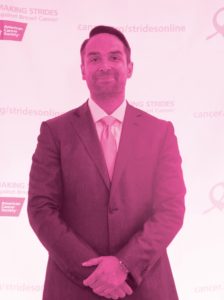 Pink Plans: pink underwear, a pink tie
Drew Yerger sees Nick as more than a colleague. He’s a friend, too. The two have trained for a marathon, as well as supported each other when their fathers dealt with cancer. More like brothers than merely co-workers, the two have forged a great friendship. Still, Drew was a little surprised that this “lumberjack” would wear pink all October; of course, what could he expect from an athletic guy who is headstrong in nature belies a caring heart? Nick’s proud to personally contribute to a great cause. 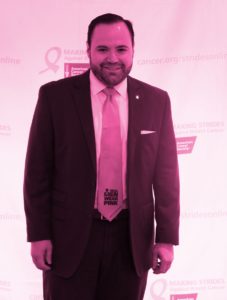 If you’re looking for a guy who can rock anything pink, look no further than Mike. At least, that’s how his aunt, Elaine Scutti, thinks of her nephew who played ring bearer at her wedding nearly three decades ago! At that time, his favorite pastime was parallel-parking his Power Wheels jeep and trying to become Speed Racer. Cancer touched his family this past year, driving him to do his part to advance life-saving research and treatment. 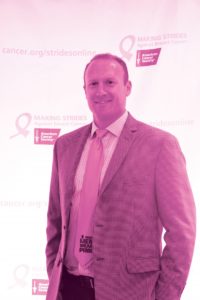 Chris isn’t tackling his pink gear shopping alone. He’s bringing his daughters with him so they can help him stay pinked-out for a month. Surprising to Cori, his wife of 13 years? Nope. They’ve been best friends since 1999 since she fell in love with his ethical conduct, selfless acts and willingness to make sacrifices for the greater good.Chris cites Rocky Balboa as his childhood hero, although, he’s since placed his two-time cancer survivor father into that heralded position. 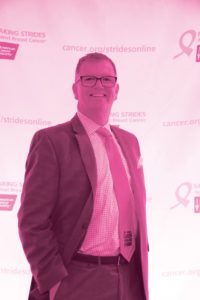 Married for 23 years, Robert and his wife, Joan have been through adversity, including surviving cancer, a hit-and-run, and, she jokingly adds, an Irish mother. Were Joan to create a movie about Robert’s life, she’d call it “Handsome in Pink” for the kindest, most upbeat man she knows. Depending on the day, you may find him engaged in Brazilian Jiu Jitsu or riding his motorcycle. And those earbuds? They’re playing Zeppelin’s “Kashmir.” 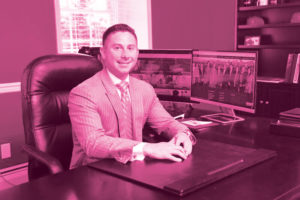 In his youth, Justin looked up to Michael Jordan, but today he’s more focused on walking in the shoes of his father, whom he describes as a selfless man. Justin has seen cancer devastate those around him, and feels obligated to help. He’ll pull himself away from his business/sports talk radio and golfing game to spend time talking about his passion for this pink cause.

When his mom could no longer fight for herself, Joe stepped in. A determined, intelligent man with a soft spot for his family, his wife, Dana, supports him in his dedication to see an end to the epidemic of cancer that took his mother in 2013. Although she wants him to wear a pink tutu, she’s not sure she’ll get her wish. Yet given his eclectic background – he once had long, curly dreadlocks and hiked across Europe – she never knows what surprises he could have. 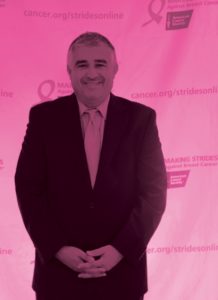 Ed’s colleague, Jennifer Gettle, isn’t afraid to dish on his darkest secret: He’s a reality show junkee. In fact, she thinks he’d be a perfect TV star in a program about the daily struggles of a career prosecutor called “Law and Order: The Real Story”… perhaps wearing a pink headband with pink leg warmers in at least one scene. From Ed’s perspective, he’s just a regular guy who plays the role of spectator at his sons’ sporting events and has the opportunity to participate in the fight against breast cancer. 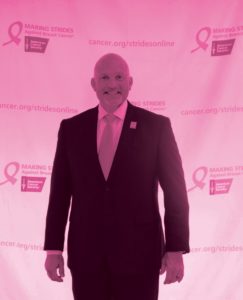 A Stage IV tonsil cancer survivor, Mike met his wife, Heather, thanks to an introduction. Fast forward and they’re a strong couple with four kids. In fact, Heather would love to see him star in a movie called “It’s Possible” because that’s Mike’s inspiring philosophy. Self-development is essential for Mike, although he knows how to have fun. Hear that guy singing and playing guitar? It’s probably Mike tackling some blues songs. 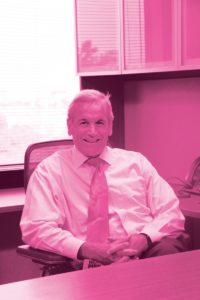 Several years ago, Pete’s wife, Bianca, was treated for breast cancer. Consequently, it’s no shock to anyone that he’s agreed to be a part of the American Cancer Society’s campaign. What might surprise those who don’t know him well is that he plays a mean guitar… Eric Clapton and Santana are his favorite artists. But Bianca is his hero. 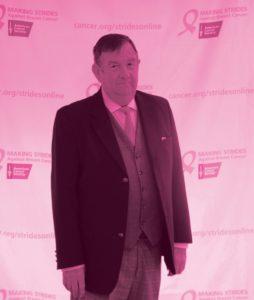 Ambitious. Fearless. Kind. That’s how the Benchmark Media staff describe their boss, Darwin. Whether he’s taking in a homeless pet or helping a friend receive medical care, he’s 100-percent all-in and never takes the spotlight for himself. Well, unless there’s a goodie around… Darwin reputedly has a real sweet tooth. He also has an admiration for single moms whom he feels do so much and ask for so little. A Central Pa transplant from New Jersey, he’s exploring Harrisburg with his two dogs and discovering all the wonders of the region. 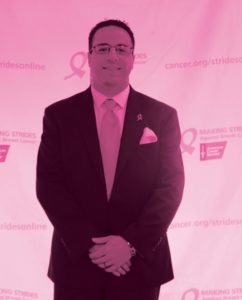 Although Jordan recognizes the heroism in all people, his dad, Daniel Piscioneri, is his ultimate hero, and Daniel couldn’t be prouder of this second-year Real Men Wear Pink veteran. Since going pink last year, a close family member was diagnosed with and treated for breast cancer. Described as someone with integrity and compassion, Jordan’s also an animal-lover, musician and video game fan. 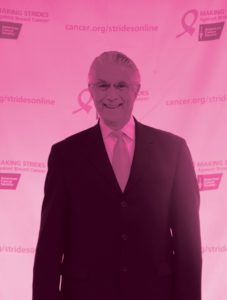 Want to get something done? Head straight to Robert Pullo. According to his wife, Donna, he’s lightning-focused and a natural-born leader. But all work and no play wouldn’t make life interesting, so he dabbles in pool as a hobby. With a passion to help women and a desire to raise breast cancer awareness, he will proudly keep everyone thinking pink this year. 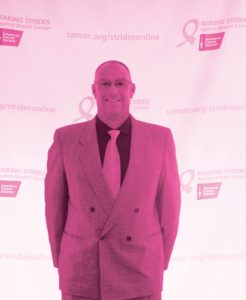 How could he say no to this opportunity when cancer took many people he loved? Saul’s a loving, honest, amazing guy, according to his wife, Mary, who hopes he sports a pink hair ribbon. She also admits that this natural comedian has more ties in his closet than she has clothes. When Saul’s not listening to songs like Blake Shelton’s “God Gave Me You,” he’s probably hiking or just hanging out with family. 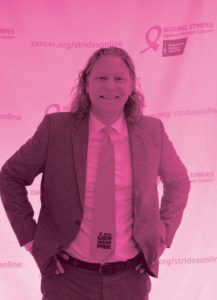 Kevin’s a charming, funny guy with a sense of humor that allows him to channel his inner Saturday Night Live at any given moment. So says his wife, Jen, who is tickled pink that he’s chosen to become a participant in this fun event. Growing up, Kevin loved the 1993 Phillies and saw them as an inspiration; fast forward, and the 2008 Phillies are now his heroes. He’s going pink to be supportive and stylish – a great combination that can raise funds to help kick cancer to the curb. 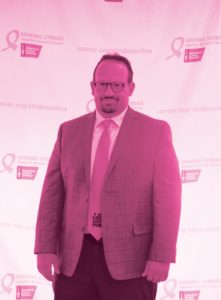 “My Silver Lining” leads his playlist, but with young kids, he doesn’t have time to kick back to listen to tunes. That’s fine for Matt, whose wife, Becky, says is kind, dedicated, and a good cook to boot! Her belief is that his compassion for all people makes him a hero, but he feels the real heroes are teachers, soldiers, first responders and his father. Will he sport a pink ascot in October? She definitely hopes so! 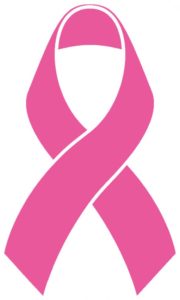