From the earliest days of the African presence in the United States, blacks have contributed to the fiber of American culture. While some helped to end slavery, others helped slaves escape to freedom. Then there were those who instilled the love of learning, nurturing young minds in the classroom, and others who became powerful leaders in state government. However, one thing is certain: many left their mark on Harrisburg’s history.

As we celebrate Black History Month, Harrisburg Magazine would like to recognize some notable black figures with ties to Harrisburg and their achievements. 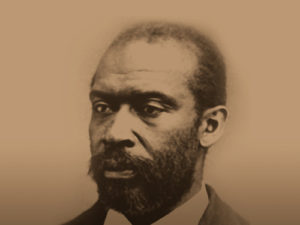 The first African American war correspondent for a major daily newspaper, the Philadelphia Press, Thomas Morris Chester witnessed Union soldiers with the Army of the Potomac seizing Richmond, Virginia. The Harrisburg native—the son of an escaped slave from Baltimore and an oyster salesman—was one of the city’s most famous 19th century African-Americans.

During the Civil War, Chester served as a recruiter and helped enlist Pennsylvania Black men into the 54th and 55th Massachusetts Regiments. He later helped to raise federal United States Colored Troops (USCT) regiments from Pennsylvania. Historians say that Chester led two companies of Blacks for local defense during the Gettysburg campaign in 1863. According to the Harrisburg Telegraph, this was the first time Pennsylvania issued weapons to African Americans. From August 1864 until the end of the conflict, Chester was a war correspondent for the Philadelphia Press.  He was the first Black reporter for a major daily northern newspaper during the war and traveled with the Army of the Potomac.

Chester went on to study law in England. He then held several posts in Louisiana, including collector of customs, brigadier general of militia, and superintendent of schools.  He returned to Harrisburg in 1892 after falling ill, and died in his mother’s home at 305 Chestnut Street. He is buried in Penbrook’s Lincoln Cemetery.

Jane Marie Mars Chester was born a slave in 1801 in Virginia. She escaped to the North in 1825, married George Chester, operated a restaurant and became Harrisburg’s major caterer. The restaurant was a gathering spot for abolitionists. She died in 1894.

Charles Fuller Howard served for 50 years as principal of Steelton’s Hygienic Elementary School, a school for Black pupils in grades ones to eight. He became a teacher at Hygienic after graduating from Steelton High School in 1885 and was appointed principal in 1886. He retired in 1936.

Peter Sullivan Blackwell published the Steelton Press, a newspaper for the Black community. He was elected to Steelton Council in 1904 and was an entrepreneur and community organizer.

Justin Carter Sr. was born in 1866 and died in 1947. An attorney, he was one of the original members in 1905 of the Niagara Movement, the precursor to the National Association for the Advancement of Colored People. He was a secretary to Lt. Gov. Edward E. Beidleman. Gov. George Earle named him chairman of a commission to rewrite the state Workmen’s Compensation Act.

Andrew M. Bradley, who died in 1983, played pivotal roles in state government, the Democratic party and the development of Harrisburg. He became the first Black to serve in a Cabinet post in Pennsylvania when Gov. George M. Leader appointed him state budget secretary in January 1955. Two years later, he became State Secretary of Property and Supplies. 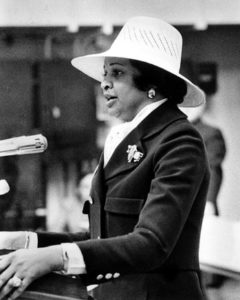 In 1984 Tucker and New York Congresswoman Shirley Chisholm founded the National Political Congress of Black Women. In 1990 she and 15 other women and men founded African American Women for Reproductive Freedom.

By the 1990s Tucker became a highly vocal opponent of the salacious lyrics and sexual innuendoes associated with “gangsta rap.” Calling the lyrics of many of these songs “sleazy pornographic smut,” she joined conservative Republican Bill Bennett in launching a national campaign against major music companies for supporting and sustaining artists profiting from rap music. She died in October 2005.

The Rev. William Howard Day was born in 1825 and died in 1900. He was a recipient of a master’s degree and served as a newspaper editor in Cleveland and was a prominent educator before settling in Harrisburg in 1872. He was elected to the Harrisburg School Board in 1878 and was its first Black president.

Ephraim Slaughter’s life began in slavery in North Carolina, but he escaped to the North and fought in the Civil War to end racial servitude. He died in Harrisburg in 1943 at 97, and was the city’s last Civil War veteran.

Harriet McClintock Marshall, who lived near North Front and Calder streets, assisted in the feeding, clothing and care of escaping slaves who found shelter at Wesley Union AME Zion. She is buried in Penbrook’s Lincoln Cemetery.

Ella Frazier was executive director of the Harrisburg YWCA Phyllis Wheatley Branch at Cowden and Briggs streets from 1923 to 1955. She involved girls in athletic programs, encouraged teens to learn office skills, offered homemaking advice to young mothers, and, at night, often took to the streets to talk to idle youth, suggesting they become involved in productive activities. She died in 1977.

John P. Scott became Harrisburg’s first Black school administrator when he was appointed Calder Building principal. He touched the lives of thousands of students in his 47-year career. Scott was the patriarch of one of the city’s most enduring families. On the day of his funeral in 1931, city schools closed in his honor. 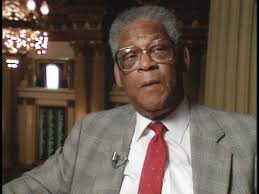 LeRoy Irvis, born in 1919, was a Democrat, who would be elected to 15 terms, rising quickly through the ranks of the House chamber. Within a decade, in one of the litany of firsts that marked his career, he became the state’s first Black House majority leader. In 1977, after a scandal forced the resignation of the then speaker, Irvis was chosen by acclamation to wield the speaker’s gavel. The only previous House speaker to be elected by acclamation was Benjamin Franklin. He was the first African American to serve as speaker of the house in any state in the nation since Reconstruction.

A former teacher who went on to earn a law degree, Irvis was a key architect of landmark education initiatives, including the establishment of the state’s community college system, creation of the Pennsylvania Higher Education Assistance Agency and the measure that conferred state-related status on the University of Pittsburgh, Temple University and Lincoln University, a shift that addressed chronic financial problems at the three schools. Another notable achievement was his legislation that created the Pennsylvania Human Relations Commission. He died in 2006.