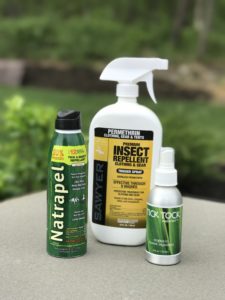 To prevent sunburn, we wear sunscreen. To stay healthy, we watch what we eat and get plenty of exercise, so why aren’t we doing a better job of preventing ticks and the diseases they carry? 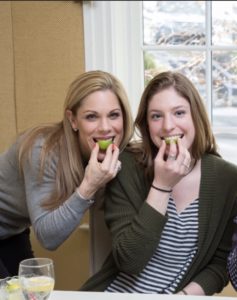 Carrie Perry is the Pennsylvania Ambassador for Project Lyme, a national nonprofit tasked with educating the public about ticks and preventing Lyme Disease. Recently, Perry had the opportunity to donated 800 pairs of Permetherin-coated socks to Cumberland Valley School District ahead of their outdoor camps.

“Less than 30 percent of people will show bullseye or common symptoms,” says Perry. A lesson she learned only after her daughter Sam fell ill. It took seven months and just as many doctors for Sam to be diagnosed with Lyme disease. Early on, doctors dismissed Perry’s claims that her daughter had Lyme disease because “ticks aren’t out in November.” A myth that many medical professionals still profess to their patients.

Since watching her daughter struggle with the disease, Perry has become an advocate for a better informed public and more knowledgeable doctors. “People’s hands are tied right now.” she continues “There is a lab in California called Igenex and they are the lab that does the most thorough blood test for Lyme disease and people have to pay out of pocket for it. And doctors aren’t really telling people that this test exists or telling them to do it, because it’s not covered by insurance. Many of them [doctors] are just going by the Western blot. ”

The Western blot test is a blood test for Lyme disease that fluctuates in accuracy because it relies on the presence of antibodies to determine if an individual has Lyme disease. If the body hasn’t responded to the infection yet, antibodies will not be present, and therefore can read as a false negative.

This false negative is exactly what kept Perry’s daughter from her diagnosis and proper treatment. Having already taken the Western blot test, doctors discounted her claim and suggested that her daughter might have ailments like lupus or fibromyalgia.

Perry spent approximately $8,000 to get her daughter well again. “People literally can’t afford to get it,” says Perry.

Because of issues with insurance covering medication, tests being “archaic” and the possibility of co-infections, Perry advocates for Pennsylvanians to take the tick threat seriously. “We have not done a good enough job,” says Perry. 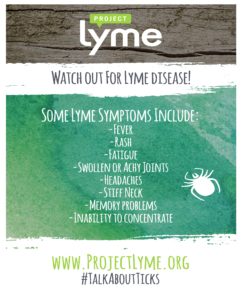 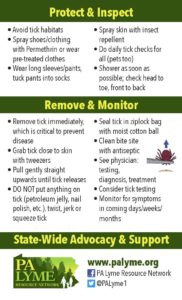 To that end, Perry offers preventative measures to keep ticks away this summer:

To learn more about ticks and Lyme disease, visit tickencounter.org 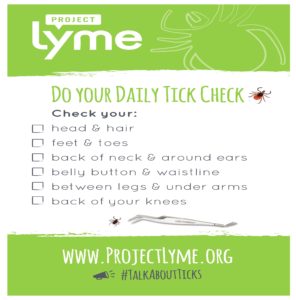