The State Museum of Pennsylvania: Archaeology at Fort Hunter 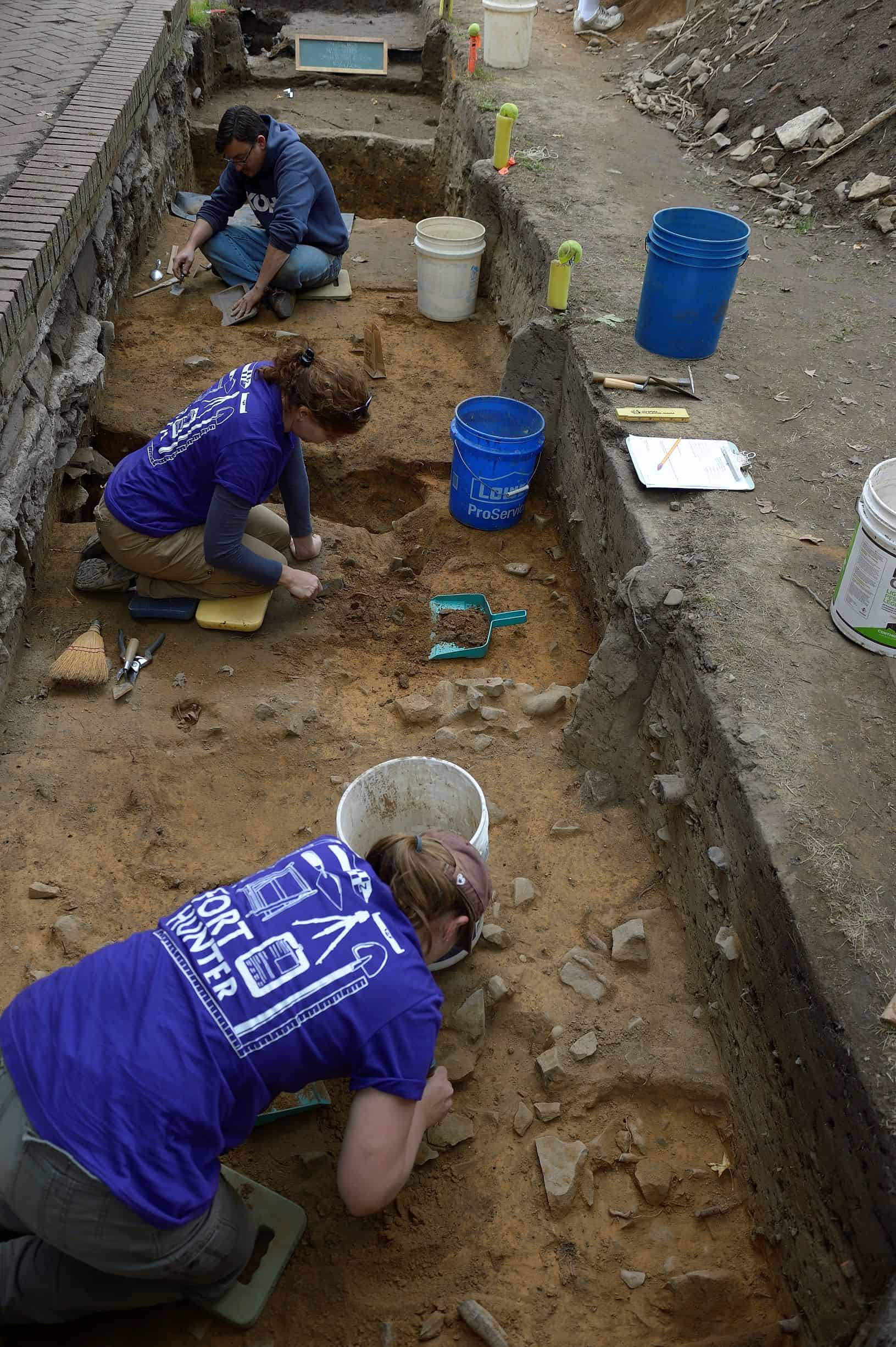 The State Museum continues its archaeological dig at Fort Hunter in hopes of discovering the French and Indian War fort. Come see the archaeologists! Located at the back of the mansion house.

Every fall since 2006, the Archaeology Section of the State Museum of Pennsylvania has led a month-long excavation at Fort Hunter Mansion and Park in Harrisburg, PA. On September 5th, the search for the French and Indian War-period fort will resume. While previous excavations have not been successful in locating the stockade or the blockhouse, a new year brings new opportunities and expectations that this year’s excavations will prove successful. It turns out that the site was used by several diverse groups of people. Prior excavations have documented a series of Native American camp sites to a depth of four feet below the ground surface dating over the past 9,000 thousand years. The Colonial occupation began in the 1720s and included a grist mill, trading with Native Americans, the French and Indian War supply fort in the 1750s, a post-Revolutionary War plantation and a Victorian-era farm. All of these help us to better understand how people lived in central Pennsylvania over thousands of years.

Our goal for this season is to expand our excavations from last year in the area immediately north of the existing mansion. Folklore surrounding the location of the Fort Hunter blockhouse is that it now lies under this structure. Artifacts associated with Native Americans and military objects were found here last year, so excavations will continue in this location in hopes of finding fort-related structures. We are moving as close to the mansion’s foundation as possible, in order to date the foundation or uncover artifacts from the fort period. Although not the focus of our research, last year’s excavation recovered extensive stratified Native American occupations, including a hearth and pottery from Native American farmers.

Come out and see what we find! Artifacts will be on display and archaeologists will be on hand Monday-Friday, 9am-4:30pm to answer questions about the site and how field archaeology is conducted. In addition to weekdays, excavation will take place on Fort Hunter Day, to be held Sunday, September 16, 2018. Excavations will close for the year on October 5, 2018.Archaeology