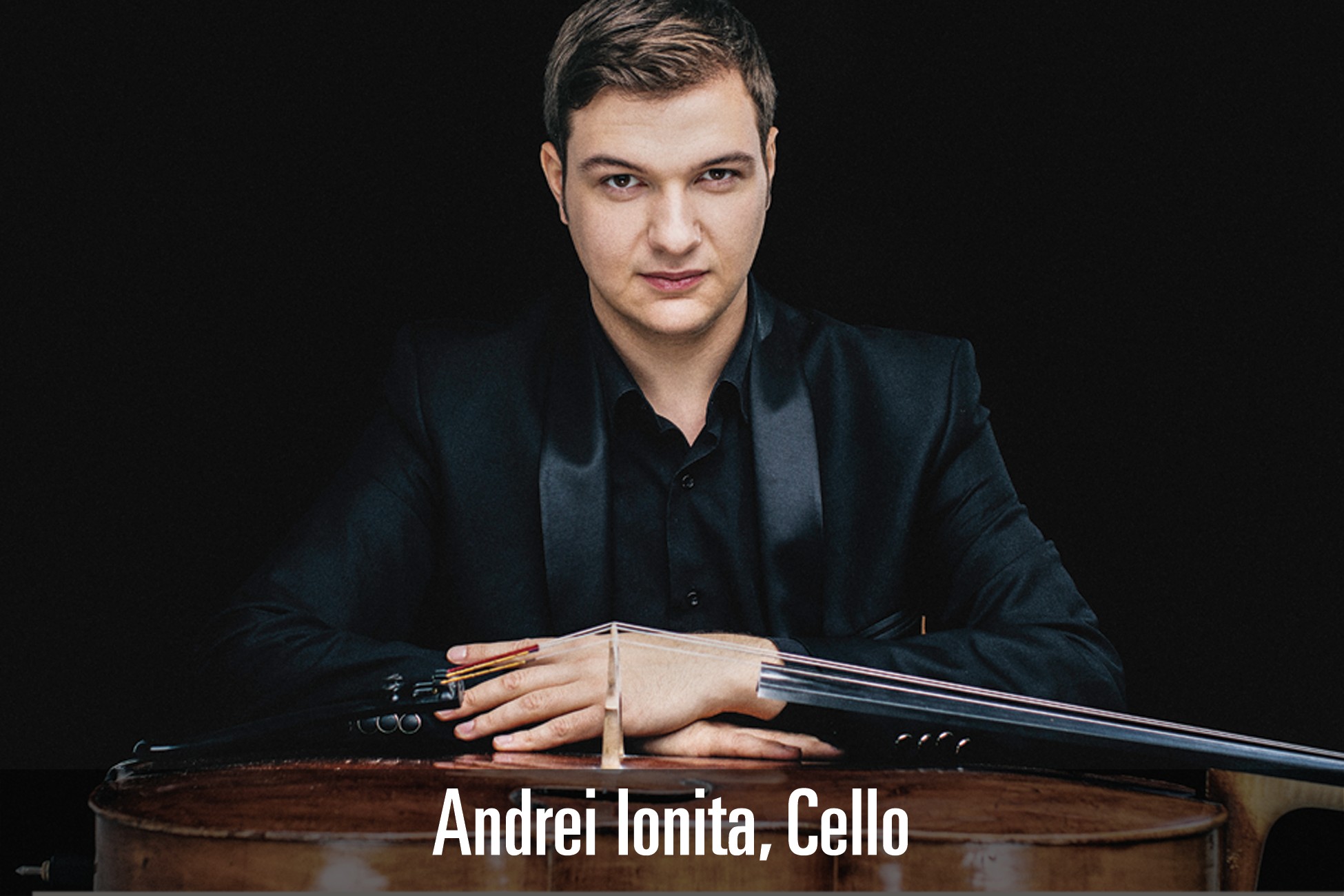 Romanian cellist, Andrei Ioniță, Gold Medal winner of the 2015 Tchaikovsky International Competition, will offer a program ranging from one of Bach’s soulful Suites for Cello Solo to Zoltán Kodály’s Sonata for Solo Cello, a pinnacle of virtuosity in the cello repertoire and a delightfully adventurous “Black Run” by Scandinavian multi-genre composer Svante Henryson.

Andrei Ioniță was called “one of the most exciting cellists to have emerged for a decade” by the prestigious Times of London. He was a BBC New Generation Artist from 2016-18 and is the Symphoniker Hamburg’s artist-in-residence for the 2019-20 season. A versatile musician focused on giving gripping, deeply felt performances, Andrei has been recognized for his passionate musicianship and technical finesse. Andrei made his U.S debut in 2017 with recitals in Chicago and Washington, D.C., and gave his New York debut recital in Carnegie Hall’s Zankel Hall. Andrei’s debut album on Orchid Classics combined a Brett Dean world-premiere with Bach and Kodály, prompting Gramophone to declare him “a cellist of superb skill, musical imagination and a commitment to music of our time.”

For tickets, visit https://www.marketsquareconcerts.org/tickets or call 717 221-9599. Remaining tickets will be available at the door.

This concert is sponsored by Lois Lehrman Grass. Season sponsor is The Carole DeSoto Foundation. A resident company of Whitaker Center for Science and the Arts, Market Square Concerts also receives support from the Pennsylvania Council on the Arts.