How Breast Cancer Changed the Lives of Three Women

It’s never a good thing – to get your routine mammogram as you always do every year like clockwork and then find out from your doctor that they have found “something” that requires further investigation. You hold your breath, think positive thoughts, but then you are told the worst news that leaves you numb.

Breast cancer. You have a choice.

To melt down and cry and shake your fist at the sky or, like the three women you are going to read about, get proactive, take charge and fight for your life. 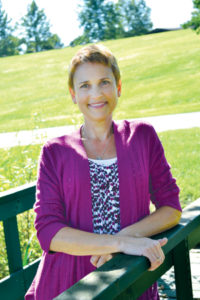 Lana Acri, of New Cumberland, had no family history of breast cancer, so the idea that it would happen to her was remote at best. She had had her annual mammogram in 2002 with no problems showing up. But then…

“I found a lump in my breast completely by accident,” Acri recalls. “I would have my yearly mammogram, but I have to admit I was not proactive in doing self-exams. I had a mammogram a couple of months prior to finding the lump, so I was very surprised when I found it.”

Acri had a biopsy done, and the breast cancer diagnosis was confirmed. She had a left-breast mastectomy, underwent chemotherapy and radiation treatments, and took drugs for years to prevent further spread of the disease. She made sure to get her regular check-ups and exams, and remained cancer-free until 2010 when the cancer re-appeared in her right breast.

That breast was removed as well prior to reconstructive surgery. But Acri wasn’t out of the woods yet. Scans revealed cancer in her bones, and radiation treatments were once again necessary.

“I think once I got over the initial shock of the word ‘cancer,’ I toughened up and faced it head on,” Acri recalls. “The cancer and all the treatment associated with it takes a lot away from you as a woman; it takes your breasts, it makes you lose your hair, all of it, it zaps your energy and it takes away your ability to have children.”

As Acri was recuperating, her husband had a stroke in 2011 and had to learn to walk again. That year remains a blur, Acri says. But now things are looking brighter. Thus far, she is symptom-free and the cancer is stable.

“You have to be very strong to get through it, but you can and you will,” Acri says. “Your hair grows back, and you get your strength and energy back. It just takes awhile. You must have a sense of humor and an optimistic attitude. I try to take each day as a gift and try to make some part of it special. My husband and my son have been incredible. I have a wonderful team of doctors and would like to thank each one of them.” 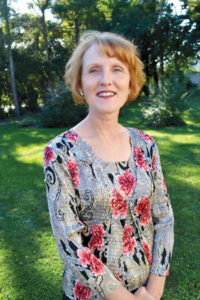 Diane Funston’s son, Matthew, wrote an article in which he describes his mother’s breast cancer diagnosis as “the wonderful tragedy.” It was 1996, and after getting the news from her, he asked, “Are you going to die?”

Funston, of Camp Hill, was 42 years old when she was diagnosed with Infiltrating Ductal Carcinoma. A biopsy and then a mastectomy were followed by chemotherapy and reconstructive surgery.

Chemo was the most difficult, Funston recalls. The treatments left her ill and unable to work. The hair loss left her feeling “like I was stranded in a barren and foreign land where no one else spoke my language.”

“I kept reminding myself if my hair was falling out, then the chemo must be working,” Funston says.

Various people got her through the psychological impact of the disease. She joined a support group and found encouragement and empathy among them.

She was not alone in this journey and admits that she could not have gotten through without the love and support of her family and friends. Nothing else entered her mind except getting well because the loved ones around her took care of getting her to appointments, treatments, tests and surgeries. They cooked and made meals for her and stayed with her after her surgeries and treatments so she wouldn’t be alone.

“They were everything to me and so much more,” Funston says. “I was afraid. Afraid of what I would be told. Afraid of the journey ahead of me.”

The recovery proved to be slow and seemingly endless. There were times when all of Funston’s thoughts were about dying. She feared not being there for her son, never seeing him graduate from college, never seeing him get married. She wanted to be present for all of life’s wonderful events. But, at the time, all she wanted was to disappear.

“Dread and terror initially consumed my life,” she says.

Funston is now one of many survivors of the disease. Through all the past fear and hardships, she now feels very blessed, grateful and thankful.

“I look at life differently now,” she says. “Breast cancer has taught me so much. How to enjoy life and how much more I can enjoy life. I know I am a stronger person. I’ve met many special people. I appreciate things I used to take for granted. I am grateful for every birthday, and I surround myself with positive, happy people. I take time every day for quiet gratitude. Cancer has changed me.”

It has also changed her son, Matthew, who writes about watching his mother go through her cancer journey – from diagnosis to recovery – that the “tragedy” was the pain, suffering and fear of his parent. The “wonderful” was that he, too, was changed by the cancer.

“I see a mother who has a distinctively new approach to her marriage, her career, her family, her friends and her future,” he writes. “And, I see a son who recognizes the brevity of life and the crucial importance of making the most of every day.” 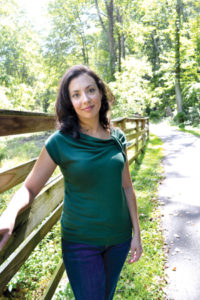 If you believe that breast cancer only happens to women over 40 or 50, then don’t expect Katie Kiley to agree. She knows firsthand that cancer can happen at any time and any age.

“That’s what led me to make the mammogram appointment even though I was just 31,” Kiley says. “Even considering such a family history, I was absolutely floored when I was diagnosed just a month after moving to Hershey.”

Kiley remembers feeling like the blood drained out of her head when she heard the test results. At that moment, the voices in the room sounded like “Charlie Brown’s parents talking,” she says. She thought that this couldn’t be happening to her; that the doctors and nurses weren’t talking about “her” having breast cancer. How could that be if she felt so healthy?

“I was supposed to get pregnant this year, not get cancer,” she says.

Kiley learned that chemotherapy could possibly make her infertile, so her oncologist put her in touch with the reproductive endocrinology department at Hershey Medical Center. She was told that they could preserve rather than immediately implant the fertilized eggs.

“The decision to go ahead with it after that was a no-brainer,” Kiley recalls. “Words cannot adequately express what a comfort it was to know that I could keep the dream of having children alive, and have those precious little possibilities of life waiting for me at the end of my journey through treatment. It was a powerful inspiration to keep going on those days when I felt like treatment was getting the best of me.”

After 16 weeks of chemo, Kiley is now healthy, happy and cancer-free. While some parts of her journey were heartbreaking, she also remembers the funny parts like when the doctor asked her how she felt about losing her hair.

“I told her that it was, at first, a jarring experience, but after I got a wig and learned how to draw on my eyebrows, I had some fun with it by being a redhead for a while,” Kiley says. “She seemed pleased by my positive attitude, but then I said, ‘My styled wig is almost always askew by night time, my eyebrows run down my face when I get too warm and yet I still have to shave my legs. Explain that one.’ We had a great laugh over that.”

Kiley wants other women to know the importance of inquiring about genetic testing after a cancer diagnosis. For her, it meant undergoing a bilateral mastectomy even though her tumor was only in the right breast. That genetic testing informed her that she had a hereditary gene mutation that increased her risk of recurrence by 87 percent.

“I thought, if it’s that high of a risk factor, let’s eliminate the possibility of this ever happening again,” she says, “Now I know how to protect my future children from having the same experience as I did because I am armed with the proper information to get them tested as well.”

And what about Kiley’s maternal grandmother, the two-time cancer survivor? She’s now 89 years old and is Kiley’s biggest inspiration.

“She keeps telling me that she’s waiting to meet her great-grandchildren, who she’s sure will be twins,” Kiley muses. “I can only pray that she’s right.”