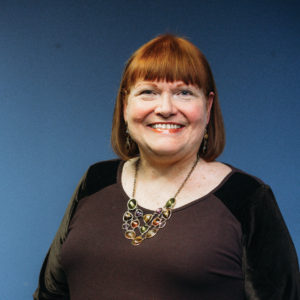 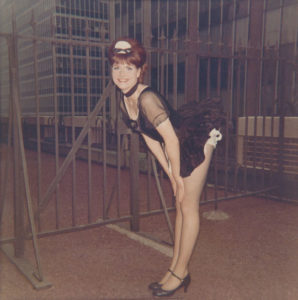 They are the quintessential American chorus line, drilled with military precision and style. The Rockettes are America’s best known dance troupe — and a staple of the holiday season — but you may not know the origin of this iconic New York City symbol. For one, they’re not even from the Big Apple.

Formerly the Missouri Rockets, the dancers and their famed choreographer Russell Markert were noticed by theater impresario Samuel Rothafel, who installed them first as his theater The Roxy, then at one of the largest theaters in the world — Radio City Music Hall.

The life of a Rockette dancer was glamorous, but grueling; dancing not in isolated shows, but before the screenings of movies, several times a day, a different program each week.  There was a very, very specific look to the Rockettes, a look that changed — and that was forced to change by cultural shifts — over the decades.

It was not unusual that hundreds of wide-eyed hopefuls with the same dream as Marianne Krahulec would stand in line at Radio City Music Hall shuffling and kicking their way into the very limited spots available.

Back in the 1960s, Marianne Flynn Krahulec had a mean high kick.

As a member of the acclaimed Rockettes she wowed audiences at Radio City Music Hall with her graceful movements, long legs, and precision dancing. And that kick. “It was a lot higher than eye level that’s for sure,” says Krahulec.

A native of Mineola, NY,  Krahulec started dancing while in grade school.

“I was the tallest child in second grade,” she says. “My Mother was afraid that I would become a sloucher like my Aunt Fran, who was 6 ft. tall. So she thought dancing would help me with my posture.”

Krahulec’s Mother enrolled her in a beginner’s dance class which met every Saturday afternoon, and the pair would travel by bus to Mrs. Marguerite Gainey’s makeshift dance studio at the Irish American Center. The beginner’s class was a smorgasbord of tap, ballet, and acrobatics.

“I didn’t like dance class,” Krahulec says. “In fact, I absolutely hated it.”

Not only was Krahulec the tallest girl, she didn’t take to dancing as well as the others who, she thought, were blessed with much more talent.

“Unlike me, my classmates were more limber, had better technique, and could do a split without any trouble. But my Mother loved taking me to dance class. It was a social experience for her,” says Krahulec. “She would join all of the other mothers in the hall and gossip the whole time I was in class.”

For two years, Krahulec says she religiously attended beginner’s dance class. When she became 9 years old, Mrs. Gainey encouraged Krahulec’s Mother to enroll her daughter in her exclusive ballet class that met on Friday afternoons.   “I hated that ballet class, too,” says Krahulec.  “So now I had two dance classes that I had to attend, and there were so many other things I wanted to do, like riding my bike.”

Krahulec says she eventually started to enjoy dance classes, due in part because of Mrs.  Gainey’s support and praise.  “After Mrs. Gainey singled me out in class for having the best technique of all the girls one day, I really started trying,” says Krahulec. “It was the first time I was ever praised for my dancing. And it felt good.”

Krahulec says Mrs. Gainey was a very important person in her life. “She was a godsend,” says Krahulec.

“After my Father lost his job due to health problems my family had to move into an apartment,” says Krahulec. “Money was tight because my Mother was the only one working. The decision was made that I could no longer take dance.”

Krahulec says after her family moved Mrs. Gainey tracked her down. “This marvelous woman showed up at our apartment and told my parents that I should not quit. She then told them of her plan to keep me in dance.  Mrs. Gainey told my parents that she would send me into New York City to attend professional jazz classes at her expense and in turn, I would teach her what I learned. She also gave me a job at her studio which I worked after school.  Because of her generosity I was able to stay in dance.”

While Mrs. Gainey danced professionally she was too short to be a Rockette but her sister had been a member of the famous dance troupe and as a result, Krahulec knew what to expect when she first auditioned in 1964.  Krahulec says to be a Rockette in the 1960s you had to have talent and be the right height, anywhere from 5-foot-5 to 5-foot-8 and a half. “I was 5-foot-eight,” she says.

“I decided to audition while I was still in high school,” says Krahulec.  “However, head choreographer Russell Markert told me it was a big mistake to quit school. So I wasn’t hired. Plus, he told me to lose weight.”

Krahulec says Markert treated his dancers as though they were his daughters. “He was quite fatherly,” says Krahulec. “He called us his dancing daughters.”

After graduating from high school in 1965, Krahulec auditioned and was hired as a member of the Hal Sands Manhattan Rockets, dancing her way throughout the Midwest and playing the grandstand shows at state farms during the summer months. The York County Fair was one of the locations the group performed.

After the troupe’s tour was up, Krahulec found employment at Doubleday Publishers. In March 1966, she decided to write to Russell Markert to let him know that she wanted to audition for the Rockettes. However, she never mailed the letter. “I was still a little nervous as to whether I could actually become a Rockette. My self-confidence wasn’t too high.”

One day in mid-April 1966 Krahulec’s life would take a different path than that of a 9 to 5 employee working in the publishing industry.

“When I arrived home after work, my Father said I had a telegram waiting for me. It was from Russell Markert and stated that he was holding auditions on the upcoming Thursday. My Mother admitted that she had mailed my letter and that was how Markert knew I was interested in auditioning.  I made the cut, and was told to report to rehearsals that following Monday,” says Krahulec.

“I immediately began rehearsing for the Easter Show,” says Krahulec. She went on dance in an additional Easter show the following year and two Christmas shows before leaving the famed dance troupe. In between, Krahulec would participate in numerous shows that dazzled audiences with fancy costumes with lots of sequins that sparkled in the lights.

“We constantly practiced, says Krahulec. “Sometimes were rehearsed as early as 7 a.m. and our dress rehearsals required us to be on stage at 6 a.m. with full makeup and costumes.”

Krahulec says back in the day she was doing four shows a day, sometimes five during holidays, with one week off after five weeks of work.  “It was hard work, but I loved it.” True to form, Krahulec’s Mother never missed a show. “I would get two passes to each show and my Mother attended every one of them.” While very supportive of his daughter’s career, Krahulec says her Father only attended one show. “My first show.”

“In between shows, we could take naps in the dormitory on the seventh floor or just hang out in our dressing rooms,” says Krahulec. “I became really good at sleeping with my head on top of my folded hands.”

The 60s were a time of social change and political activism, so it’s no surprise that the Rockettes broke new ground for women. The Rockettes even raised their kicks and hemlines. In a salute to both Feminism and the Space Age, the Rockettes danced as astronauts on the great stage. Their production numbers also reflected a variety of music, dancing and costuming. They even appeared as can-can dancers, Christmas trees, chimney sweeps, chicks, and spys.

“The can-can routine was exhausting, “says Krahulec. There were a lot of turns and exterior fan kicks. No one wanted to do it, but I told the dance captain I was willing. I was saving for my wedding and we got extra money.”

Krahulec says she loved the Tinkle Tots routine but didn’t care for the dance after the girls were outfitted in costumes resembling Christmas trees. “Our costumes were wired electronically to light up like a Christmas tree. They were very heavy and weighed 11 pounds. And with our Cuban heeled shoes, it was really hard to move, yet dance in them,” she says.

“Our costume for the chimney sweep routine was spectacular,” says Krahulec. “It was made of black velvet and had silver sequins, with a half tu tu made of silvery green tulle. Feathers, gloves and red top hats completed the costume.”

Being a Rockette was a dream job, says Krahulec. “I loved the fact that I was being paid to dance.”  Krahulec’s take home pay after taxes and union dues was $78 a week. That is, before the famed troupe went on strike in 1967.

Krahulec joined her fellow Rockettes on the picket line for 27-days. Eventually the troupe was victorious, winning raises from an arbitrator that ranged from $36 to $40 a week. While the strike ended in time for the Christmas shows, the Rockettes did not appear in the Macy’s Thanksgiving Day Parade.

Krahulec left the Rockettes in 1968 and married Jim who she met on stage when he appeared with the dance troupe as a member of the Purdue Marching Band.

Krahulec went on to become an English and gifted teacher with stops along the way as a hair stylist and choreographer for many groups and organizations. She also performed in, and directed many local theater productions.

Grandmother to five grandchildren, “Grandmare” loves spending time with her peeps, babysitting the two younger ones and traveling with the other three. A lover of dogs, Krahulec’s newest addition to her family is new pup, Dixie.

Krahulec says the hardest part about being a Rockette was leaving the troupe because she had formed so many long lasting relationships with the girls.

“The best part of being a member is the camaraderie with my fellow Rockettes,” says Krahulec. “I got to live my dream at age 18,” she adds.

Some Rockettes she has known have gone on to work in movies, television shows, and soap operas. As a well-respected dance troupe, Krahulec says the Rockettes still speak to the dreams of young dancers who wish to kick up a storm in New York City.

And of course, a trip to the city around the magical time of Christmas with all of the decorations and crowds just adds to the Rockettes’ aura.

“Girls still come from all over the country to be a Rockette,” she says. “Like me, they enjoy seeing the faces of the little kids who are smiling from ear to ear during the entire show.”