In the United States, Julia Ward Howe, a Boston writer, pacifist, suffragist, and author of the words to the “Battle Hymn of the Republic,” first suggested a Mothers’ Day in 1872. She saw it as a day dedicated to peace.

For several years Howe worked toward the recognition of a “Mothers’ Day for Peace” to be celebrated on June 2. She organized meetings in Boston as a rally for women, whom she believed bore the loss of human life more harshly than anyone else. Historians say that men showed little interest in her ideas, but she appealed to war mothers, the women who supported husbands and sons at war, pleading, “Why do not the mothers of mankind interfere in these matters to prevent the waste of that human life of which they alone bear and know the cost?” However, Howe’s vision of a day in June to celebrate mothers never materialized. 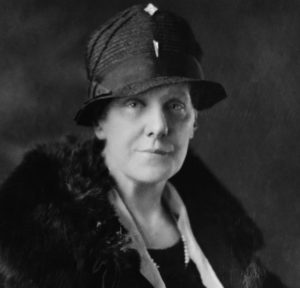 The official observance of Mother’s Day in its present form is credited to Anna Jarvis who wanted to honor the memory of her mother, Mrs. Ann Marie Reeves Jarvis.

Mrs. Ann Marie Reeves Jarvis organized several “Mothers Day Work Clubs” in the 1850s in West Virginia. Mrs. Jarvis had lost eight children under the age of seven (she gave birth to a total of twelve children), and wanted to combat the poor health and sanitation conditions that existed in many areas and contributed to the high mortality rate of children.

At the beginning of the Civil War, Mrs. Jarvis called together four of her clubs and asked them to make a pledge that friendship and goodwill would not be a victim of the conflict between the states. In a display of compassion, courage, and friendship, the members of these Clubs nursed soldiers from both sides and saved many lives.

After the Civil War, Mrs. Jarvis worked as a peacemaker, encouraging families to set aside differences created by the polarization of the war. In 1868, she organized a “Mothers Friendship Day” to bring together families that had been divided by the conflict.  If friends and family were to be reconnected, Mrs. Jarvis believed it had to be done by appealing to that love and respect that everyone has for their mother. Several other Mothers Friendship Days were held thereafter.

Mrs. Jarvis’ daughter  moved to Philadelphia from West Virginia with her brother when she was twenty-eight years old and became an editor at Fidelity Life Insurance Company. When her mother’s health began to decline, Jarvis moved her to Philadelphia and cared for her until her death on May 9, 1905. Jarvis went into a long period of mourning that lasted more than two years and culminated in her newly imagined Mother’s Day observance in 1908.

It began in 1907 when Jarvis had a small gathering of friends in her home to commemorate her mother’s life. She announced the idea of a national day to honor mothers. In 1908, Anna persuaded her mother’s church in Grafton, WV to celebrate Mother’s Day on the anniversary of her mother’s death, the second Sunday of May. It was to be a day to honor all mothers, and also a day to remember the work of peacemaking, reconciliation, and social action against poverty started by her mother. That same year, Mother’s Day was also celebrated in Philadelphia.

Jarvis and her supporters tirelessly wrote to ministers, business people, and politicians in their quest to establish a national Mother’s Day to honor all mothers. By 1911, Mother’s Day was celebrated in almost every state. In 1914, President Woodrow Wilson made it official: Mother’s Day would be a national holiday held each year on the second Sunday in May. He stated that mothers were “the greatest source of the country’s strength and inspiration.” He ordered the United States flag displayed on all public buildings to honor mothers. “Mother’s Day” became a day for celebrating the private service of one’s own particular mother.

Jarvis did not stop there. She immediately turned her attention to persuading other countries to celebrate Mother’s Day. Eventually, Mother’s Day would be observed in over fifty countries.

It was Jarvis who also began the custom of wearing a carnation on Mother’s Day – colored if your mother is living, and white if she’s not. It was intended to be a simple, inexpensive symbol of love and respect for the person who loved you before you even knew how to spell the word.

Unfortunately, the story of Anna Jarvis has a bittersweet ending. At first, people observed Mother’s Day by attending church, writing letters to their mothers, and spending time together. As the years passed though, more people began buying cards, presents, and flowers.

Businesses began using the holiday for marketing purposes. In 1913, John Wanamaker’s Department store in Philadelphia became one of the first businesses to host a Mother’s Day celebration that included music and flowers for customers. Printers, florists, chocolatiers and others soon followed suit and began to sell goods for Mother’s Day. During the First World War, Mother’s Day celebrations highlighted connections between motherhood, war, and women’s political and patriotic duties. On Mother’s Day 1918, General John Pershing requested that all soldiers take a moment to write letters to their mothers. That same year, President Wilson commended American mothers for offering their sons to the United States military, echoing Howe’s sentiments that mothers sacrifice the most in times of war.

Jarvis began to feel that Mother’s Day had become much too commercialized. She was outraged when the price of carnations rose significantly and attacked florists as “profiteers.” Jarvis filed a lawsuit to stop a 1923 Mother’s Day festival and was even arrested for disturbing the peace at a war mothers’ convention where women were selling carnations to raise money.  “This is not what I intended. I wanted a day of sentiment, not profit,” she proclaimed.

Years later and confined to a sanitarium in West Chester, Jarvis told a reporter that she was sorry she had ever started Mother’s Day. And yet, even though she had never had children herself, she was the mother of Mother’s Day, and each Mother’s Day her room would be filled with thousands of letters and cards from all over the world. Anna Jarvis died in 1948, at the age of 84.

The Andrew’s Methodist Church in Grafton, West Virginia, where the first Mother’s Day service was held, along with Philadelphia, is now the International Mother’s Day Shrine. Nearby, the Anna Jarvis Birthplace Museum commemorates the life of the Mother’s Day founder.