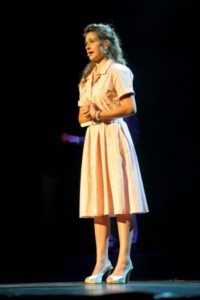 There are no pricey designer gowns, no gift bags and no personal assistants guiding their celebrity clients around the red carpet.

But The Hershey Theatre Apollo Awards comes close to, and at times exceeds, the excitement, glitz and glamour of New York’s Tony’s or LA’s Oscar’s.

It celebrates homegrown talent of central Pennsylvania high school students who have acted, sung or danced their hearts out in high school stage productions.

For many months, more than 120 roles were evaluated to come up with 29 student nominees, and then 14 winners.

During the program, audiences got to enjoy production numbers and monologues from the nominated musicals and plays – a wonderful way to witness a smorgasbord of entertainment, all on one stage.

All of this came about because officials at The M.S. Hershey Foundation were aware that programs such as the Apollo Awards existed around the country, and they wanted to recognize and reward area students who spend numerous hours after school and on weekends to perfect their craft.

“Our mission is to provide both scholarship monies and educational and performance opportunities, and we have seen growth in both areas over the past four years.”

For many months, more than 120 roles were evaluated to come up with 29 student nominees, and then 14 winners.

And something new will be added to the Apollo Awards in the very near future. Trosko explains that a letter received from an area high school student, who currently writes plays, sparked the idea of recognizing not only actors, but also young playwrights.

“We formed a working committee of playwrights, theater professionals and educators to begin creating the policies and procedures for submission and the evaluation criteria,” Trosko says.

Plans are to announce specifics of an Apollo Award for playwrights when school resumes in the fall. In the meantime, high school students from Cumberland, Dauphin, Lebanon and Perry counties, as well as Elizabethtown Area High School, will be eligible to submit an entry.