The Millworks Painter Demonstrates Equal Facility with Oil and Watercolor 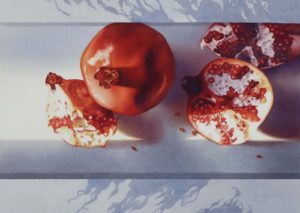 It is a long way, in both miles and time, from Harrisburg to Japan. However, the universal appeal of art has always transcended such natural barriers. Yachiyo Beck personifies it.

Born in Kobe, Japan, Beck arrived in the Harrisburg area in 2010 when her husband accepted a position as a professor of business at Shippensburg University. Before that, the Becks resided in Eugene, Ore. and Irvine, Calif. It was in those West-Coast communities that Beck began her art career. 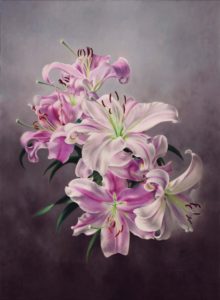 “I took private instruction and also enrolled in a community college course in Eugene,” she recounts. “When we moved to California, I had work accepted in the Laguna Beach Festival of Arts, and that started my success in art.”

Now one of the talented practitioners with a studio at The Millworks, Midtown Harrisburg’s lively eats and arts destination, Beck divides her time almost equally between oil and watercolor. Her Asian roots are evident in most of the pieces, particularly the watercolors. There is a delicacy about them that evokes traditional imagery of the Far East.

And yet, when queried about influences, Beck’s response is primarily from the annals of Western art. 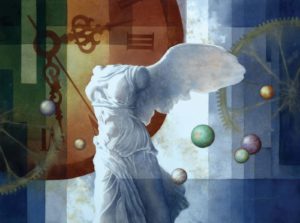 “Today, there are so many young and talented painters, including those who I’ve met and know personally,” she says.

Beck’s subject matter is varied. She produces still lifes, portraits and landscapes. Most of it is clearly representational, although the still-life efforts frequently contain some non-objective elements.

“I expect my work to evolve, to loosen up, as time goes on,” she muses. “In 2015, the theme was flowers, and last year it was figures. In the future, I want to emphasize emotion and sentiment.”

Because of the variations in hues, Beck’s watercolor palette consists of products from Winsor-Newton, Da Vinci and Daniel Smith. Her brush of choice is a Cat’s Tongue by Isabey. 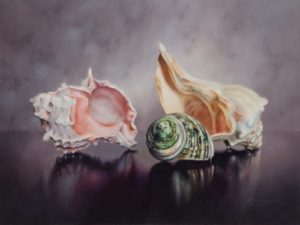 “It holds a lot of paint,” she says, “and comes to a point so that I can easily paint corners and edges.”

The artist works on Saunders Waterford 200-pound, cold-pressed paper. Because of her wet-on-wet technique, she keeps the paper in a horizontal position or slightly tilted. For crisp edges, Beck assiduously employs a combination of Winsor-Newton masking fluid, drafting tape and freezer paper.

“With watercolor, the pigment and water flow and move, and there are often the ‘happy accidents’ that artists can incorporate. With oils, you put the paint right there,” says Beck, pointing her index finger to a spot on an imaginary canvas.

Despite that difference, and others, she has developed a commendable ability to apply both mediums to good advantage. 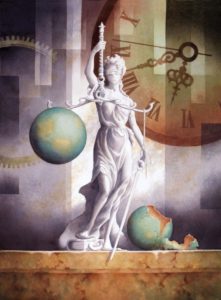 In addition to her studio at The Millworks, the reader can see Beck’s work at The Pure Gallery in Mechanicsburg and at Carlisle’s Garden Gallery.

To learn more about the artist, visit yachiyofineart.com.