Barbara Passeri Warfel is well-known in the capital region’s fine arts community. Her reputation is, in the main, the culmination of 30 years laboring before an easel and entering her work in numerous competitions and exhibitions.
“I’ve never developed the practice of pounding the pavement, promoting my work with galleries,” she says. “Most of my art is seen in juried shows.” 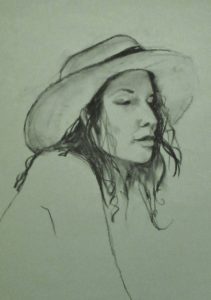 A departure from that modus operandi is her participation in a five-artist invitational exhibition at the Art Association of Harrisburg, slated for October 20 through November 22. Warfel’s contribution will be a phalanx of still-life oils. However, charcoal drawing also claims much of her interest and time. She did graduate-level study in drawing at the University of Hartford.

“I do mostly gesture drawings,” she says. “Simplicity is the objective. The figure itself is represented by economy of line, while the face generally features more detail.”
This approach, emphasizing negative space, compels the viewer to ponder that which is not rendered. It is an ancient compositional device that never loses its appeal.

“I start my drawings with soft charcoal to formulate the composition,” she explains. “Then I build up the values, using harder and darker charcoal as the piece nears completion. I may also employ a kneaded rubber eraser, chamois cloth or fine-grit steel wool.”

“What I do with charcoal reminds me a little of sculpting,” she muses. “I’m pushing the charcoal across the paper and picking it up, as required, with a kneaded eraser.”
Originally from New Jersey, Warfel earned a degree in art education from Glassboro State College in 1971. She immediately landed a high-school job, her favorite level, and taught for five years. In 1976, she left her nascent pedagogical career in the rear-view mirror.

“My husband, Steve, and I bought a Volkswagen pop-up camper and spent two months touring the western part of the country,” she says. “Shortly thereafter, my first son was born, and we settled into a more conventional lifestyle.”
The Warfels came to Harrisburg when Steve was engaged as a curator at the State Museum. Barbara returned to teaching on a part-time basis. She completed a few long-term substitute assignments at local schools and taught at the Art Association of Harrisburg and at the Art Center School and Galleries in Mechanicsburg.

“In 1987, with parenting duties largely behind me, I was able to once more devote serious time and effort to my oil painting,” she says.
About a decade later, Warfel launched another career, teaching art at regional assisted-living facilities, starting at Country Meadows in Mechanicsburg.

“At one time, I was going as far away as York, but I’ve had to cut back in recent years,” she says. “Now, I offer instruction at the Homeland Center, Bridges at Bent Creek, Essex House and Bethany Towers.” 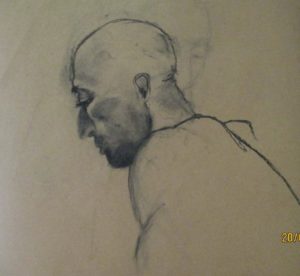 Warfel keeps busy with other activities. She is a board member of the New Cumberland Public Library and the Art Association of Harrisburg. In her capacity as a member, and former president, of the American Association of University Women (AAUW) Harrisburg branch, she organizes bus trips to art events in destinations like New York City, Philadelphia and Washington, D.C.

The reader may view more of the artist’s work at facebook.com/pages/barbara-passeri-warfel.