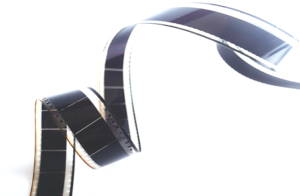 It’s been some time since Harrisburg has seen the spectacle of a film production company making a major motion picture, or even part of one, in the city or nearby environs. From a public perspective, nationally and internationally, Sylvester Stallone’s Rocky is the most identifiable film made in Pennsylvania. The Keystone State has had its share of filmmakers using locations within, but the big ones aren’t very often in the Harrisburg area.
Filmmaking is viewed as one of the arts, but that vexing word “business” is siamesed to it with an unbreakable weld. No matter how creative the concept, if it doesn’t look like it will make money it won’t get made. One of the most high-profile feature films for Harrisburg was Girl, Interrupted, shot at the Harrisburg State Hospital and along Main Street in Mechanicsburg. The film, that starred Winona Ryder, is better known for another actress, Angelina Jolie. Jolie earned an Academy Award for Best Supporting Actress, a Golden Globe Award and a Screen Actors Guild Award for her performance in the 1999 film. Budgeted at $40 million, it made $48.3 million.
Needless to say, locale is important for making movies, as is the availability of skilled professionals. One might think that California is still the mecca for moviemakers, but a 2014 study showed the Golden State ranking fourth worldwide for location of feature film production. Strangely enough, Louisiana led the nation in this respect, surpassing both Canada and California. The United Kingdom rode hard on their heels, with the state of Georgia a solid fifth in the rankings. California produced 68 percent of the top 25 movies at the worldwide box office in 1997, but was down to eight percent in 2013. The reason for the decline is fairly straightforward – business; it’s easier to make a profit elsewhere.
A film shot largely in Pennsylvania because of business considerations was a 1987 romantic comedy-fantasy film, Mannequin, which starred Andrew McCarthy and Kim Cattrall. The producers of the film contacted various state film commissions across the United States looking for an elegant center city department store in which to shoot the movie. They scouted stores across the country before settling on John Wanamaker’s in Philadelphia where the production crew set up shop for three weeks. Mannequin is a take on the story of Pygmalion with a mannequin (Cattrall), rather than a statue being the object of the protagonist’s affection. Additional scenes were filmed in the formal gardens at the Hotel Hershey. For Harrisburg’s west shore, Boscov’s Department Store at the Camp Hill Shopping Center became part of the footage that makes up the movie. Arlington Jackson, a former manager at the Boscov’s Camp Hill location, now retired and living in Harrisburg, remembered the filming. “If you watch closely, and are acquainted with the store, you’ll recognize it in the exterior shots. And, if you’re familiar with the interior of the store you can clearly identify the junior’s department.” He added, “they also shot some footage at Boscov’s in Harrisburg because in one scene they needed an elevator and all Camp Hill has is a freight elevator.” Jackson also offered, “by the way, Kim Cattrall is as beautiful now as she was thirty years ago when she made this movie.”
Despite being savaged by the critics, Mannequin was a financial success, grossing over $42 million on a $6 million budget.
Another film that has a fair amount of Harrisburg in it, although it’s set in Washington, D.C. is The Distinguished Gentleman, a 1992 political comedy that starred Eddie Murphy. Apparently, Harrisburg was chosen for one of the locations because the state capitol building most approximates the national capitol building in appearance. The film was a washout from a business standpoint, only grossing $47 million on a budget of $50 million.
Perhaps the most notorious of major motion pictures shot in the area and, in this case, revolves around a scandal that occurred in Harrisburg, is Lucky Numbers, a 2000 film starring John Travolta and Lisa Kudrow. Despite being directed by the gifted Nora Ephron, the film, based upon the 1980 Pennsylvania Lottery scandal, grossed only $11 million against a budget of $63 million. To add insult to financial injury, John Travolta received the Golden Raspberry Award for Worst Actor that year for his performances in Battlefield Earth and Lucky Numbers.
The Pennsylvania Department of Community and Economic Development website shows that the bulk of feature films made in the state are in Pittsburgh and Philadelphia. However, on the PA Film Office website (filminpa.com) a relative wealth of information is available for prospective filmmakers. Governor Wolf has recently supported additional incentives for movies made in PA but it doesn’t mean that they’ll be attracted to Harrisburg.
It’s been approximately twenty years since a big production company moved into town and set up shop: renting locations; renting hotel rooms; hiring extras; purchasing local goods and services; hiring caterers; and generally giving the local economy a really invigorating boost. Given the tax incentives for making a film in Pennsylvania, communities, like Harrisburg and those nearby, could realistically come up with ways to augment those incentives with creative enhancements.
One of the promising prospects for future success in film making in Harrisburg and its surrounding neighborhoods is the rise of independent film makers. Right Before Your Eyes, an independent film written and directed by David Vincent Bobb, was shot at Harrisburg’s Bethesda Mission. It is currently in post-production with a 2018 release scheduled. Another independent film My Million Dollar Mom, directed by Kevin Hackenberg and written by Ross Schriftman, also in post-production, is, likewise, scheduled for a 2018 release.
Sometimes a reputation gets in the way of being taken seriously. The scene from 1978’s Animal House where Stephen Furst was being excoriated by fraternity members during pledge week, and being dubbed “Flounder” by John Belushi’s character, results in a decision to allow Furst to remain by pointing out: “Kent Dorfman, he’s a legacy from Harrisburg!”
Incidentally, Animal House had a budget of $3 million. It grossed $141.6 million at the box office. It was shot in Eugene, Oregon.