A Profile on Local Law Schools

Practicing law is more than reading legislation. It’s about pro bono litigation, a wide breadth of knowledge and a desire to work for the community. Two law schools strive to uphold these values with experienced, practiced faculty and student-centered approaches that set them apart from competitors: Penn State Dickinson Law and Widener University Commonwealth Law School.

Dickinson Law has been educating prospective law students since 1834.  It merged with Pennsylvania State University in 1997, which expanded the available interdisciplinary programs. Additionally, students are given the unique ability to choose between attending Penn State Law and Penn State Dickinson Law. Penn State’s executive vice president and provost, Nick Jones, expressed his excitement regarding this feature of the law schools.

“We think [the schools] have excellent faculty and provide opportunities for prestigious students to choose between these schools depending on legal aspirations,” Jones states. “The different geographic locations of each school make them great.” 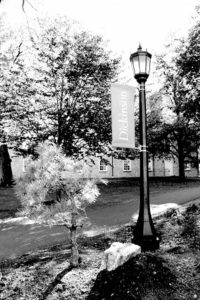 At Dickinson Law, in particular, high academic achievement standards are enforced with the faculty’s student-centered teaching approach. Interim Dean Gary Gildin is a firm believer of this technique, taking a personal interest in his students’ learning when he teaches hands-on courtroom skills, as well as in his utilization of the sciences in practicum.

“In a trial,” Gildin says, “there are two different versions of the facts, and [a lawyer is] trying to persuade the jury which of these versions is most likely to have occurred.”

Cognitive psychology was originally a must for a practice-ready lawyer, according to Gildin, but now neuroscience is more relevant to understanding persuasion and pathos.

“As that wisdom becomes more accessible to us as lawyers,” Gildin explains, “we must change our persuasion to match how we’re learning from the sciences.”

Professor of Law Michael Mogill utilizes the Socratic method when teaching his students how to perform to the best of their abilities. In his time, Socrates taught his pupils how to best use rhetoric in an argument. The same ideals are applied to the method.

“Socratic thinking is a way of engaging students in a dialogue where you hope that you will get them to respond,” Mogill describes. “It’s more how you use it that makes it effective than the method itself.”

Mogill’s use of the method in his own pursuits of law stems from a passion to represent the under-served. He is constantly involved in all aspects of the Carlisle community, from the United Way to Project SHARE, and encourages his students to become active members of the community as future lawyers.

“Based on the interviews [when I was offered the position], I really liked that all of the faculty had practice experience,” Mogill recalls, “and I admired the caliber of the students and the Carlisle community.”

“Jobs, to me, are not all about a paycheck,” Mogill says. “It’s about feeling good inside about what you are able to do on behalf of those who are lesser-advantaged.”

Penn State Dickinson Law isn’t the only school with renowned caliber. Widener Law Commonwealth is well-established in the Harrisburg area. President Dr. Julie Wollman of Widener University states that the Commonwealth school offers specialized classes in law and government, and the capital environment makes the school well-suited for students interested in government and policy.

“We focus a lot on experiential learning,” Wollman says. “People who come to Widener are interested in making the world a better place, and we help students become people who have skills and knowledge to make the world better.”

“Hold onto that dream,” Wollman says. “Work as hard as you can. You have great potential, and you owe it to yourself to do your absolute best to succeed.”

Dean Christian Johnson of the Commonwealth school can vouch for this statement, as he believes that the school has tremendous faculty that produces practice-ready lawyers.

Johnson has spent his career emphasizing the importance of OTC derivative forms and capital markets and has spoken to Congress in 2008 about the economic recession.

At Widener Law Commonwealth, Johnson teaches courses on introductory and business tactics, which are omnipresent in the lawyering world. Students, he says, thoroughly enjoy engaging in these courses. But, if he had to give any advice to prospective law students, Johnson’s response is simple.

“Despite a lot of negative publicity of going to law school, this is one of the very best times to go,” Johnson says. “The employment market is tightening and getting better for new students.” 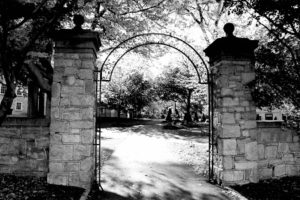 “[Government litigation] involves old legal doctrines, such as the mandamus,” Leavitt explains, “and different skills and historical backgrounds that are not normally covered in a class.”

As much work as it takes to be the President Judge of the Commonwealth Court, there are also benefits that come with the job.

“There are always ways to challenge ourselves,” Leavitt describes, “but that’s a benefit. When you meet a challenge, you achieve a benefit.”

If prospective students need advice when beginning their legal pursuits, Leavitt warns to be prepared to develop a personalized practice.

“I think it’s possible to get through Penn State Dickinson Law and Widener Law Commonwealth without crushing debt, and with hard work and with a spirit of entrepreneurship, you can have a very successful legal career, even starting out,” Leavitt says. “It can be done.”